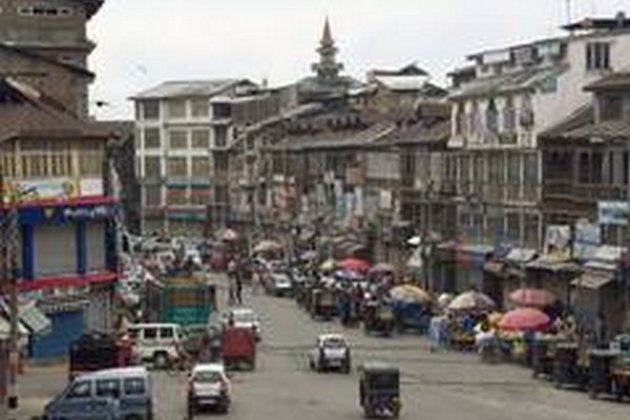 By Dr Amjad Ayub MirzaGlasglow [UK], August 01 (ANI): It is almost one year since the abrogation of Article 370 of the Indian constitution that delegated 'special status' to the former state of Jammu and Kashmir.

It was this 'special status' that barred people from the Indian mainland as well as any foreigner from investing in the erstwhile state of Jammu and Kashmir. Not only that, a cluster of a handful of privileged families freely ran the roost and created the hereditary political lineage that in so many ways was no different than the pre-partition hereditary Monarchy that was practised in the state since the signing of the Amritsar Treaty between Maharaja of Jammu Gulab Singh and the East India Company at the end of the First Anglo-Sikh War in March 1846.

The Amritsar Treaty signed on March 16, 1846, was the basis, on which the erstwhile state of Jammu and Kashmir was established and which existed as an independent state for 101 years before Pakistan launched an unprovoked attack on the fateful day of October 22, 1947.

It was due to this war-of-aggression against a peace-loving people of the princely state of Jammu and Kashmir that a territorial division of the state caused a loss of around 5,000 square miles of West Jammu territory to Pakistan.

Ever since the Himalayan state has been bleeding caused by the thousand and one cuts inflicted upon its living body by the local and infiltrated agents sponsored by the rogue state of Pakistan.

Article 370 was an undemocratic and authoritarian piece of legislation that in particular discriminated against women. If a man were to marry outside of the state his wife would automatically become eligible for becoming a state subject. However, if a woman, on the other hand, would marry a man from outside the state, not only that her spouse would not automatically become a state subject but the woman also was also deprived of her hereditary rights.

After the abrogation of Article 370, anyone who now marries someone from outside the Union territory of Jammu Kashmir can freely apply for Indian citizenship.

In case of a woman marrying someone who does not carry a Jammu Kashmir domicile can apply for her spouse to become an Indian citizen and simultaneously claim her hereditary rights. Thus among other benefits, the abrogation of Article 370 has become an instrument for woman empowerment.

Another issue is the revolutionary transformation in the status of approximately 400,000 migrants who had crossed over the Line of Control from West Pakistan and Pakistani occupied Jammu Kashmir during the 1965 and 1971 Indo-Pak wars and were living in abject conditions in and around camps in Jammu.

They can now apply for a Jammu and Kashmir domicile and enjoy the same privileges as their local brethren.

The abrogation of Article 370 on August 5, 2019, has come as a breath of fresh air. Since its abrogation terrorist attacks and Pakistan sponsored protest rallies with Pakistani flags fluttering in the processions by Pakistani sponsored paid members of public have become scenes of the past.

The so-called leaders of several troublemaker political parties are behind bars or in protective custody. Bazars and traffic run normal, unlike the enforced strikes in which shop owners were forced to shut their businesses simply out of fear of revenge from the terrorist jihadists.

A Valley-wide crackdown on the Pakistani infiltrators and vigilance across the Line of Control has dramatically brought down the number of terrorist attacks.

No blood bath has taken place as a result of the abrogation of Article 370 in Kashmir as was predicted by the selected Pakistan Prime Minister Imran Khan.

Perhaps that is why, in desperation, Pakistan continues to pound the civilian population that resides in villages and towns alongside the Line of Control while at the same time providing cover fire for fresh jihadi terrorist infiltrators.

But guess what? The Indian government has retaliated by investing Rs 200 crore in construction of bunkers equipped with electricity, bedrooms and shower and toilet facilities. And not only that the Indian government has also issued orders for residents of 508 villages alongside the 0-6 kilometres of the Line of Control (LoC) to be given access to direct recruitment in professional institutions and post-graduate courses.

These include the districts of Jammu, Samba and Kathua. This is totally opposite to the other side of the Line of Control where women refuse to go into the bunkers during Indian retaliatory fire.

The women of PoK complain that the army soldiers who accompany them in the bunkers physically molest them since it is dark and the Pakistani army takes advantage. Women have also complained that access to the bunkers is frequently conditioned with sexual favours. Hence they prefer to stay at home and in the line of fire than the trade-in their dignity for safety. Such is the strong character of the women of Pakistani occupied Jammu and Kashmir.

The abrogation of Article 370 was a dawn of a new era, which has opened up opportunities for investment in tourism, the popular revenue generator of Jammu Kashmir.

Over the years tourism has been badly affected by Pakistan-sponsored terrorist campaign that never halted since October 1947 and which, taking advantage of the engagement of Indian Peace Keeping Force in Sri Lanka (1988-90) quashing Liberation Tigers of Tamil Eelam (LTTE) terrorists, gained extraordinary momentum during 1990.

Gone are the days when Pakistan could play a free hand in Jammu and Kashmir. Today the people of the Jammu Kashmir Union Territory look forward towards a prosperous and peaceful future as the dawn of hope brought about by the abrogation of the Article 370 translates into a bright sunny day.

Disclaimer: Dr Amjad Ayub Mirza is an author and a human rights activist from Mirpur in PoJK. He currently lives in exile in the UK. (ANI)

DUBLIN, Ireland - Good news for the tourism industry in Ireland. A total of twenty-six airlines have now resumed operations ... 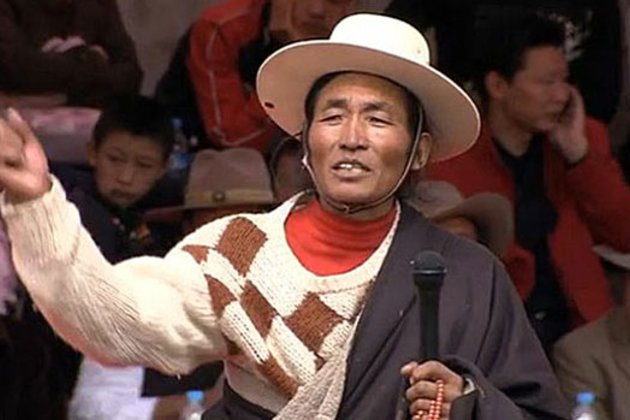 A popular Tibetan horse race festival held in July in Lithang in western China's Sichuan province opened this year to ... 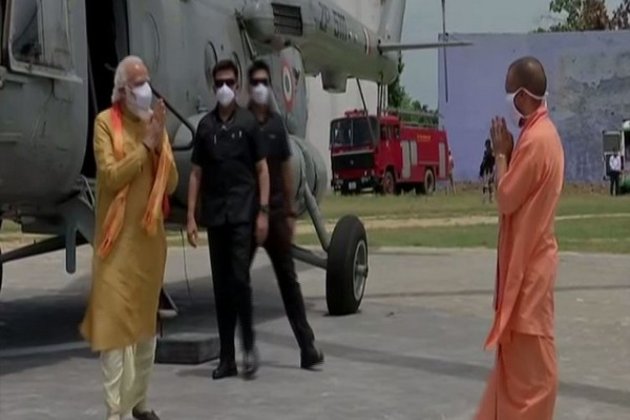 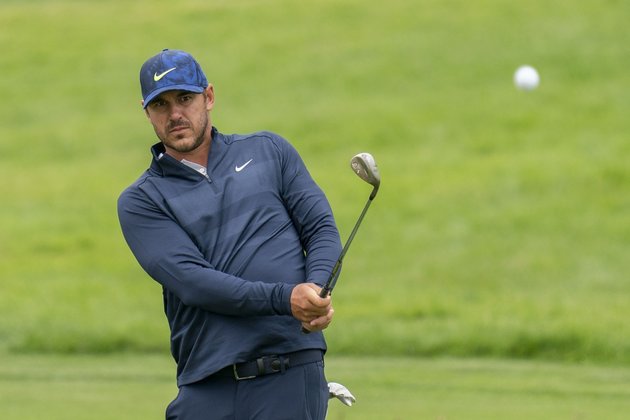 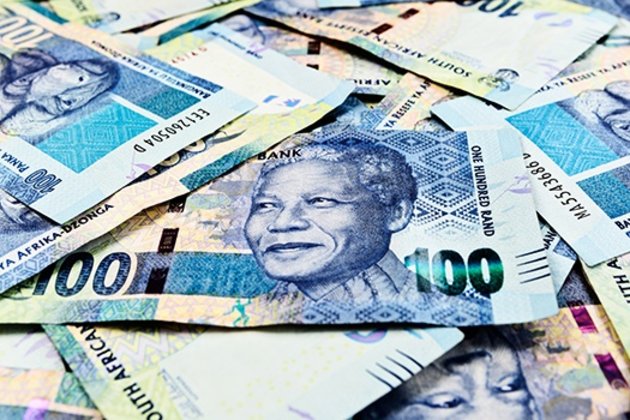 Minister of Tourism Mmamoloko Kubayi-Ngubane on Tuesday made public a list of small, medium and micro enterprises which benefited through ...

Aaditya Thackeray visits areas affected due to rain in Mumbai 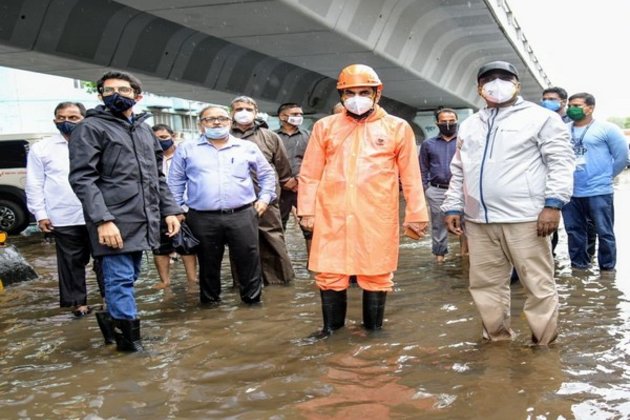 DUBLIN, Ireland - Good news for the tourism industry in Ireland. A total of twenty-six airlines have now resumed operations ...

A popular Tibetan horse race festival held in July in Lithang in western China's Sichuan province opened this year to ...

Minister of Tourism Mmamoloko Kubayi-Ngubane on Tuesday made public a list of small, medium and micro enterprises which benefited through ... 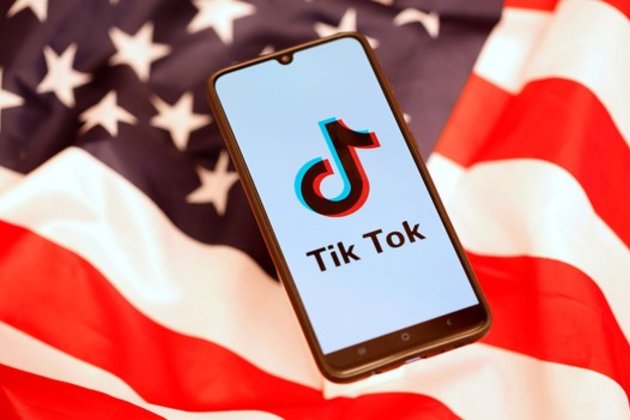 Ongoing negotiations between Microsoft and Beijing-based software company ByteDance over the possible acquisition of the Chinese-owned video platform TikTok have ...

Aaditya Thackeray visits areas affected due to rain in Mumbai

Do the Right Thing