2 arrested for possessing drugs worth Rs 20,000 in Goa 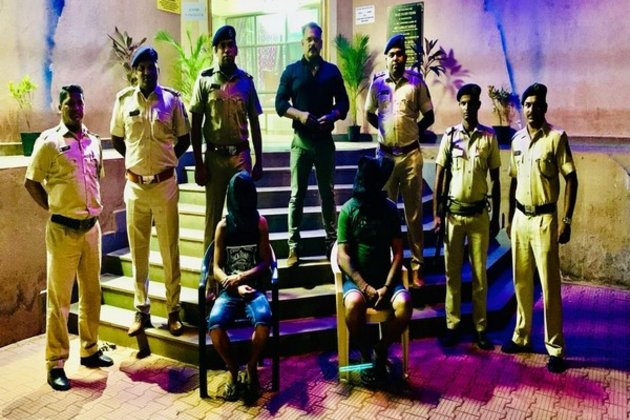 Pernem (Goa) [India], November 21 (ANI): Two men were arrested at a beach shack on Arambol for possessing drugs worth Rs 20,000 on Friday.

The accused have been identified as Vikas Ranjit and Mahendra Thakur, both natives of Himachal Pradesh.

A raid was conducted on Friday at Mango tree shack after receiving the information regarding the owner and staff of Mango Tree Shack, Arambol working as drug peddlers. Ganja and charas worth Rs 20,000 was seized from the shack, police said.

The police have sent letters to the Department of Tourism and the Excise Department for cancellation of the tourism license and the excise license granted to the shack owner.

The raid was conducted under the supervision of SP North Shobit Saksena, IPS, and Mapusa SDPO Gajanan Prabhudessai.

A case has been registered against both the accused under section 20(b) (ii) (A) of Narcotics Drugs and Psychotropic Substances (NDPS) Act and further investigation is underway. (ANI)