Looking forward to the Test match against India, says Cross 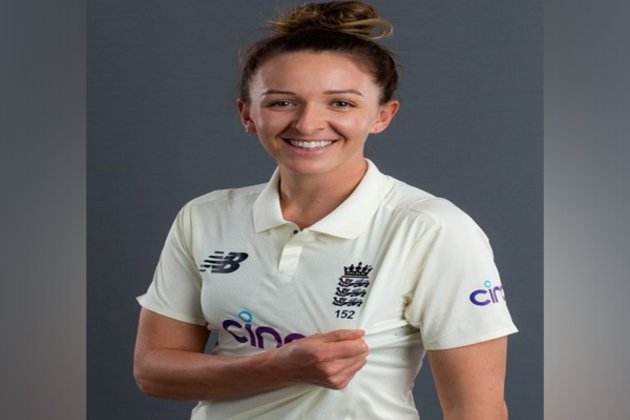 Bristol [UK], June 14 (ANI): England bowler Kate Cross on Monday said that her entire side is looking forward to the one-off Test against India.

India and England women will lock horns in a one-off Test beginning June 16 at Bristol. After that, both sides will square off in three ODIs and three T20Is.

"The format doesn't come round often but it's really special when it does. We all get really excited when the whites come out, and we're just looking forward to getting going on Wednesday now. Obviously, it's very different to the white-ball game, but we try and embrace it as much as possible because we know we've only got one opportunity to play a Test match this summer. We want it to be a good spectacle for people to watch so that everyone buys into it, because we obviously wish we could play a bit more of it," ESPNcricinfo quoted Cross as saying.

India had last played a Test against England in 2014 and Mithali Raj scored a half-century and the visitors had managed to win that match.

"We'd played more Test cricket than India had in the four or five years leading up to that, so I think it was probably a good leveler for us. They came out and played really hard-fought cricket and beat us quite convincingly, actually. It just goes to show that, even though we don't play the format a lot, there's still nothing that you can take for granted," said Cross.

In the multi-format series between England and India, four points will be up for grabs in the Test with two points available for a draw and one for no result while each of the three ODIs and three T20Is will be worth two points for a win. (ANI)