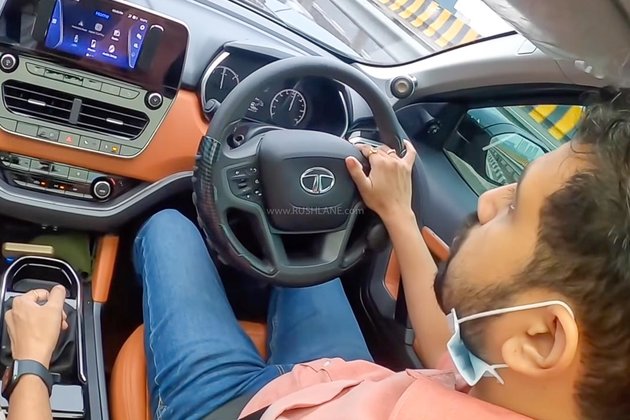 Tata Motors found a fresh breath of life in the mid-SUV segment when it launched Harrier you and a half years back. Designed as per the company's latest Impact 2.0 design philosophy, the SUV has managed to find itself a decent size customer base in India. Its attractive exterior styling is further aided by practicality and equipment on offer.

While performance is not too bad, it is certainly not enough to qualify as an out-and-out performance car. However, one can definitely extract more performance out of its motor if it undergoes aftermarket ECU remapping which allows it to alter the engine's output. The same has been done in the case of a Harrier from Nagpur which gets an aftermarket retune. The said SUV belongs to Shubham Bagul.

The process of retuning is shared on a video uploaded on YouTube by Nick Zeek. The video explains the pros and cons of re-tuning an engine and busts some myths about aftermarket modifications made on a power plant.

Harrier is powered by a 2.0-litre 4-cylinder Kryotech turbo diesel unit sourced from Fiat. In its stock form, this unit returns a maximum output of 168 bhp and 350 Nm of torque. As per the owner, the car has undergone a Stage 1 Code 6 ECU remapping.

In this case, however, the re-tuned motor develops an output of 225 bhp and 470 Nm of peak torque. These figures are 57 bhp and 120 Nm more than its stock form which is a significant upgrade. This upgrade in output certainly leads to greater performance- increases its top speed as well as widens its torque band.

The ECU remapping also extends the engine's rev limit to a much higher rpm (around 6500rpm as against 4,500rpm in stock form). In the regular Harrier, top speed is in the range of 180-190 kmph. This ECU modified Harrier is claimed to easily clock a speed of 215-220 kmph without any fuss.

Apart from the re-tuned engine, no other modifications have been carried out on the SUV. The Harrier shown in the video is a Dark Edition model based on the XT+ trim. Recently, Tata Motors updated its Dark Edition lineup which now consists of Nexon, Nexon EV and Altroz as well in addition to Harrier. Along with the new models, the carmaker has also mildly updated Harrier Dark Edition.

In its latest iteration, the fully-black edition of Harrier wears a new colour scheme which the company calls Oberon Black which is complemented by a tinge of deep blue on its exterior. The SUV rides on 8-inch Blackstone Alloys which accentuate its sporty stance. Prices of Harrier Dark Edition now start at Rs 18.04 lakh (ex-showroom).