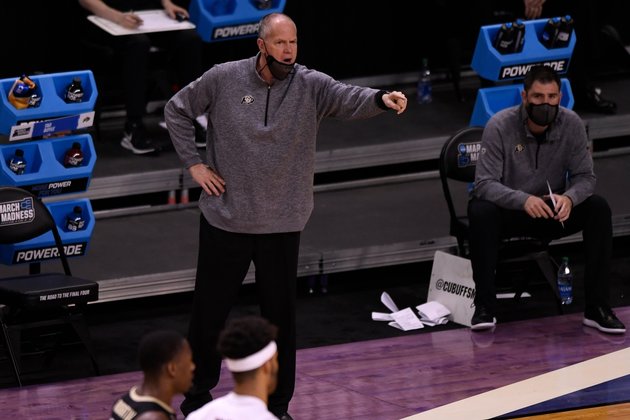 Evan Battey's layup with 1:08 gave Colorado a lead it wouldn't relinquish in a 54-52 victory over Brown in the fourth-place game in the Paradise Jam on Monday at St. Thomas, Virgin Islands.

Jabari Walker had a double-double with 10 points and 11 rebounds for the Buffaloes (5-1), who also got 16 points and five rebounds from Battey, and seven points apiece from Keeshawn Barthelemy and KJ Simpson.

Brown (4-3) was led by Paxson Wojcik and Dan Friday, who scored 14 and 13 points, respectively.

Colorado shot 40 percent (18-for-45) from the field but made just one of its nine 3-point attempts. They also committed 16 turnovers, seven more than they forced.

After Brown turned the ball over following Battey's layup, Barthelemy hit a jumper from the free throw line to extend the lead to 53-50 with 34 seconds remaining.

Elijah Parquet blocked Kino Lilly's 3-pointer on Brown's ensuing possession, but the Bears maintained possession, with Parquet fouling Wojcik and sending him to the foul line for two shots with 2.8 seconds remaining.

Wojcik made the first shot, but he appeared to try to miss the second one. However, the high-arching shot swished the hoop to trim the lead to 53-52, forcing the Bears to foul.

Barthelemy made the first free throw and missed the second. Wojcik's heave from beyond half court was well off the mark.

Brown controlled most of a first half in which both teams were abysmal from beyond the 3-point arc.

Brown shot 30.8 percent (8-for-26) from the field, with Wojcik scoring nine points on 3-for-4 shooting and Friday scoring four points on 2-for-3 shooting.

Colorado went 0-for-4 from distance and shot 6-for-22 from the field. Battey, who scored eight points on 3-for-9 shooting, and Walker, who added seven points on 2-for-4 shooting, accounted for nearly all of the Buffaloes' made field goals.