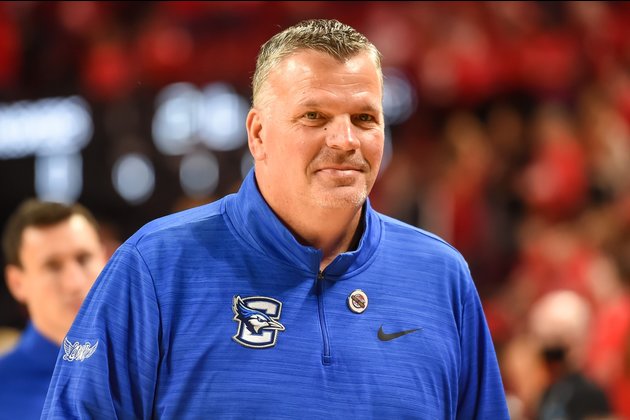 Ryan Nembhard's running, one-handed jumper as time expired lifted Creighton to a 66-64 win over Southern Illinois in the third-place game in the Paradise Jam on Monday at St. Thomas, Virgin Islands.

Nembhard, who drove the length of the court after Southern Illinois tied the game with 5.2 seconds remaining, finished with 12 points and five assists.

Ryan Kalkbrenner had a team-high 14 points, while Ryan Hawkins added 13 points for the Bluejays (5-1), who rallied from an eight-point deficit in the final four minutes.

Trailing 62-54, Creighton went on a 10-0 run to take a 64-62 lead on Kalkbrenner's alley-oop dunk off Nembhard's pass with 1:46 remaining before Marcus Domask's baseline jumper tied the game at 64 in the final seconds.

Nembhard took the in-bounds pass and sprinted down the sideline before making a floater from about eight feet away for the win.

Neither team led by more than four points in the first half, which ended with Creighton up 32-28.

Feazell and Hawkins scored nine and eight first-half points for Creighton, which shot 44.8 percent (13-for-29) from the field and 33.3 percent (3-for-9) from 3-point range. They had committed five turnovers, one fewer than the Salukis.

Creighton's victory continued its mastery of Southern Illinois. The Bluejays have beaten the Salukis in 12 straight games, though the teams hadn't met since toward the end of the 2012-2013 season -- Creighton's last in the Missouri Valley Conference before joining the Big East prior to the 2013-2014 season.