We will develop Visakhapatnam not just as world tourist destination but also as centre of trade, commerce: G Kishan Reddy 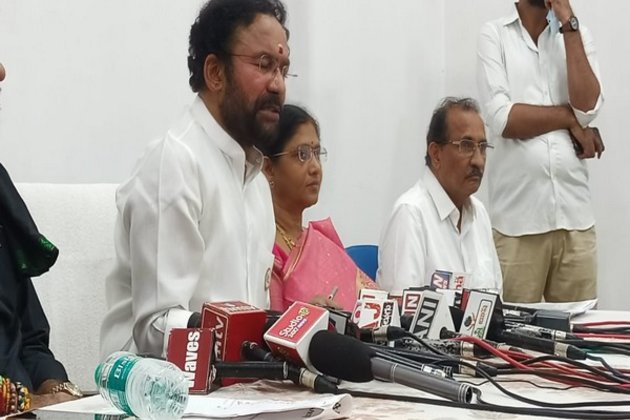 Visakhpatnam (Andhra Pradesh) [India], November 23 (ANI): Union Tourism Minister G Kishan Reddy on Tuesday conducted a review meeting with the Visakhapatnam Tourism and Port officials in Andhra Pradesh's Visakhapatnam and said we will develop Visakhapatnam not just as the world tourist destination but also as the centre of trade and commerce.

"With the coordination of eleven ports in the country, we will develop cruise tourism. We will take advantage of all the opportunities for tourism development in Andhra Pradesh," the minister said.

Talking about Vistadome coach, Reddy said, "My wish is to bring special Vistadome coach train to Visakhapatnam. We will be organizing another conference on South Indian Tourism soon."The Tourism Minister also said that two more temples from Andhra Pradesh (Simhachalam and Annavaram) will be added under the prasad schemes. "The Center will co-operate in all possible ways for the development of tourism," Reddy said.

The Union Tourism Minister also visited and reviewed the tourism project at Buddhist Complex at Bavikonda in Visakhapatnam today.