He said being one of the country's largest coal-producing states, they are now counting on Chhattisgarh to send enough supplies for the thermal power project.

Significantly, both Rajasthan and Chhattisgarh are Congress-ruled states.

Addressing a press conference on Friday, Sharma said, "Counting on Chhattisgarh for regular coal supply, the Rajasthan government has started a power plant with a capacity to generate 4320 MW of thermal power. It was built at a cost of Rs 40,000 crore. A state-run power generation company, the RRVUNL would require at least 15 rakes of coal a day from Chhattisgarh to keep its units running. Only through regular supply of coal from Chhattisgarh can uninterrupted and affordable power supply be ensured for close to 8 crore consumers of RRVUNL."Raising concerns about the 'low running' power supply in Rajasthan, Sharma said, "The Rajasthan government is forced to go for power cuts for general consumers, spanning 4-5 hours, to provide uninterrupted power supply to premier institutions such as hospitals, schools, courts, government offices and fuel stations. While there are fears of essential services being disrupted because of frequent power cuts and low-running coal suppy, Rajasthan's power plants continue to suffer losses in the power sector due to generation below capacity. Power generation units and coal reserves are national resources and their underutilisation is a detriment for taxpayers.""The increase in demand against the insufficient coal production by Mahanadi Coalfields Limited, a Coal India-owned subsidiary in the state, is creating coal shortages in the power and intensive energy sectors of Rajasthan. Apart from the required quantity of coal, it is also challenging to procure the desired quality of coal. The supply of coal from our own captive blocks will enable us to meet the power demand without any problem or burden of the additional cost," he added.

Stressing the importance of coal-fueled power generating projects in Rajasthan, Sharma said, "Coal-running power generation projects are very important for Rajasthan and the rest of the country to meet the growing demand for electricity until renewable power projects become available to the last consumer providing supply round-the-clock."Taking note of the inadequae solar energy capacity of the state, an RRVUNL official said, "Coal is necessary for RRVUNL to meet the demand for electricity at a reasonable cost as the state's existing solar power generation capacity cannot produce electricity at night.""The tourism industry is one of the most important components of Rajasthan's economy and affordable and uninterrupted electricity is needed to attract and provide hospitality to guests," he added.

Concluding his address, Sharma, however, emphasised that the Rajasthan government is committed to working closely with the Chhattisgarh government.

"RRVUNL is making extra efforts in its services to people in remote tribal areas through English-medium schools, skill development centres and several initiatives for women empowerment, health and sanitation," he added. (ANI) 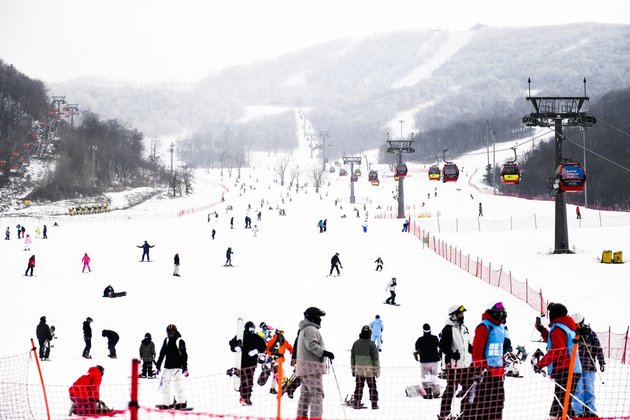